When it comes to bullets how important is size? Size is very important. So is weight, velocity, barrel length, and kinetic energy. So where do you go to get the low down on what to carry as your EDC ammunition? That my friends is the $64,000.00 question. Used to be that we just took for granted the FBI knew what they were doing when it came to choosing ammunition for duty (then it’s good enough for CCW right?). But over the years that has changed. The FBI has skipped all over the place in gun choices and calibers for agents to carry. I for one lost some confidence in the bureau after a couple choices they made. And by the way they just changed again… back to 9mm. 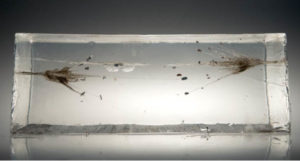 Enter the internet. Where xperts on everything are born. The explosion (pun intended) of ameture ballistic / forensic scientists begins. So many choices to filter through. Not just the testers but the manufacturers as well. Even as you read this there are new bullets being introduced. Names like Radically Invasive Projectile (R.I.P.), Zombie Max, Double-Tap, Grizzly and Buffalo Bore all carving out spaces for their brands. Fragmenting ammunition, lighter bullets, higher (much higher) velocities, shapes and sizes are the rage right now. Who would have thought there would be a 57 grain 2000 FPS 9mm on the market? Or how about a 78 grain 45 ACP round traveling at 1900 FPS? I’m old school. A ballistic curmudgeon if you will. I cringe thinking about a 57 grain bullet weight. More weight, bigger bullet, more damage, right? I thought there would have been a drastic increase in penetration making these light weight rounds undesirable for duty or EDC. But I was wrong. These rounds are lead free, copper, monolithic, hollow point fragmenting rounds. Upon impact they break up and take different paths creating unique wound channels (image to right). On a good day, one of these fragmented pieces will strike a vital area stopping the threat you are faced with. On impact penetration is greatly reduced. Maybe too much.

I’ve been to a few autopsies (firearms related) in my career. I always left the autopsies with a greater understanding of how important shot placement is. I also formed opinions regarding caliber size and weight of the bullet.

Armature ballistic experts are everywhere today. They’re on YouTube, Twitter, Facebook, Instagram and more I probably don’t even know exist. They run their tests the way they want to. Filming the bullet tests in backyards, garages, at shooting ranges and at the desert. Very little testing consistency exists when you look closely at the majority of these “experts”.

As I mentioned before, the FBI has long set the standards for ballistic testing of handgun ammunition. They test at 10 feet from the gelatin block and test penetration through various types of material layers placed in front of the blocks. Fabric, steel, glass, plywood and drywall are used. These represent the most common types of barriers that would need to be shot through prior to striking the intended target (human type). The FBI requires that ammunition penetrate a gelatin block at 12-18” to pass the testing. This is 12-18” after going through the barrier of whatever is used.

FBI ammunition testing is done under very strict guidelines right down to the gelatin blocks that are used. Temperature and gelatin / water percentage is kept consistent. Most backyard experts skip the barrier testing all together and there is no control over the gelatin blocks they use. They use the same blocks over and over again. Credible ammunition evaluators will at least use a clothing layer or several layers and make an attempt to treat the gelatin blocks correctly. No need to test exactly like the FBI does. After all we’re not LEO’s. We’re CCW, self-defense people looking for some trustworthy semi-evidentiary based test results. 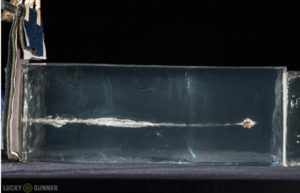 Some backyard testers have replaced gelatin blocks with their own inventions. One popular YouTuber with a firearms related channel uses racks of ribs (pectoral muscles & bone) in front of a watermelon or bag of oranges (internal organs) and another rack of ribs on the backside of this “body”. It is finished off by being duct-taped together and clothed in various materials. Can’t say I blame these testers trying out different devised test objects to replace the gelatin blocks. The best blocks are $150.00 or more and they are not reusable. A lot of money for most YouTube channel hosts. I actually think this kind of out of the box testing offers some usable data for consumption. Data from different types of testing (tests that you give some credibility to) surely can’t hurt. If you are careful processing the information you have gleaned from these backyard testers and combine it with tests done by real experts it’s possible to come to some sort of a decision on which ammunition you should use for your EDC.

When I watch one of these backyard experts videos I look for a few things up front to form a decision whether or not they have any credibility with me. Things like: